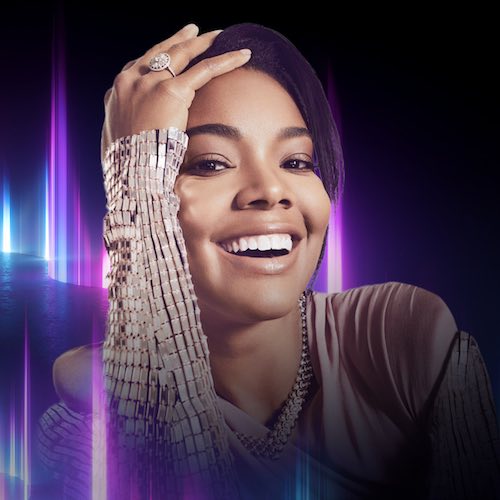 Full Name
Gabrielle Union
Company
Actress, Producer, Author and Entrepreneur
Speaker Bio
Gabrielle Union is an actress, executive producer, activist, best-selling author and most recently, a Time100 cover honoree. Union will next be seen in the Disney’s remake of CHEAPER BY THE DOZEN developed by Kenya Barris for Disney +. Union was last seen in “L.A.’s Finest” which premiered in 2019 in partnership with Charter Communications. In the highly anticipated TV spinoff from the BAD BOYS movie franchise she reprised her role as Syd Burnett. She stared opposite Jessica Alba in the series and also served as an executive producer through her production shingle “I’ll Have Another.”

Union formed “I’ll Have Another” in 2018 with the goal of telling stories that center marginalized communities with their specific point of views in an authentic manner.

In May of this year, Gabrielle released her second children’s book, “Shady Baby” this one in partnership with her husband Dwyane Wade which became a New York Times best seller the first week of release. The book gave the word 'shady' a more positive association and used it to represent one's moral compass to do the right thing and stand up for themselves and others. In 2020, inspired by the birth of her daughter, Union wrote her first children's book, "Welcome to the Party" which reads as a love letter from parents to their children about the party that is life. Up next in the book sphere, Union will release her second memoir, “You Got Anything Stronger?” which promises to bring the signature wit of her last book with a deepened sense of vulnerability. Her first book, We’re Going To Need More Wine: Stories That Are Funny, Complicated and True, was released in 2017 and instantly became a New York Times best seller.

Union has always had an eye for forward-thinking businesses centered around inclusion, accessibility, and affordability. In August of 2020, she relaunched her haircare brand “Flawless by Gabrielle Union” for women with textured hair. The new and improved collection includes an array of options, affordably priced between $4 - $10, that empowers consumers to customize a regimen specific to their texture and style preferences. Prior to relaunching Flawless, Union learned of the disparities in the food space and joined Bitsy's as a cofounder with the goal of making healthy, allergen- friendly, school-safe snacks that are accessible and affordable for all families regardless of their socioeconomic or geographical status.

Union serves as a leader and advocate for inclusion in the entertainment industry. She is also a champion of breast health and combating sexual violence.
Speaking At
Bring It On: Owning Your Narrative with Gabrielle Union
Close