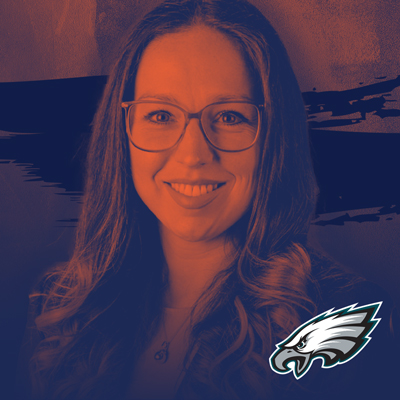 Full Name
Catherine Raiche
Job Title
Vice President of Football Operations
Company
Philadelphia Eagles
Speaker Bio
Catherine Raiche enters her second season with the Philadelphia Eagles after originally joining the team as a football operations/player personnel coordinator during the 2019 offseason.
Raiche spent five years working in the Canadian Football League (CFL) before beginning her NFL career. Most recently, she was the direc- tor of football administration for the Toronto Argonauts (2018-19).
In 2017, Raiche was named the assistant general manager of the Montreal Alouettes, becoming the only woman to hold that position in the CFL at that time. In addition, Raiche served as the Alouettes’ coordi- nator of football administration from 2015-17 after first entering the CFL ranks as an intern with Montreal.
A native of Montreal, Québec, Raiche completed her degree in law at the Université de Sherbrooke and also earned a master’s degree in tax. She practiced law for the Québec Bar Association before making her transition to professional sports in 2015.
Speaking At
The Changing Face of the Front Office
Close