A native Californian, Richie was born and raised in Los Angeles surrounded by art, music and costumes which has helped foster her artistic expression in many forms. Having developed an appreciation for fashion at an early age, Richie created the House of Harlow 1960 collection for which she serves as the Creative Director. Ever expanding, House of Harlow 1960 offers a range of ready-to-wear, jewelry, eyewear, footwear, and handbags. The brand is internationally recognized as a leading fashion force and is available in over 50 countries. In the summer of 2016 Richie partnered with global fashion powerhouse, Revolve, and their production company, Alliance Apparel on an exclusive House of Harlow 1960 x Revolve ready-to-wear collection which has grown to become one of Revolve’s top 5 selling brands out of 800.

Richie’s creative talents transcend into all aspects of her career and in 2017, Richie starred in her first regular series as Portia in the NBC Sitcom, “Great News”, produced by Tracey Wigfield and Tina Fey. She has guest starred in a slew of TV’s hottest shows, including HBO’s “Camping,” Netflix’s “Grace and Frankie,” and soon to be seen in ABC’s “Bless This Mess.”
This past spring, Richie appeared as a judge on Amazon’s “Making the Cut” alongside Heidi Klum and Tim Gunn. Her newest project, “Nikki Fre$h,” released in April of 2020 on Quibi. The comedy series revolves around Nicole’s rapper alter ego who brings a new voice to wellness.

Richie partnered with Telepictures Productions in 2013 to bring her unfiltered sense of humor and unique perspective to life in an AOL web series called #CandidlyNicole. The hit series was based on her Twitter feed and has garnered over 25 million views online. VH1 picked up the web series and turned it into a weekly television series in which Nicole served as an executive producer. The show followed Nicole as she shared her perspective on style, parenting, relationships and her journey to adulthood in the scripted faux-reality television series.

Richie created The Richie-Madden Children’s Foundation (RMCF) in December 2007 and serves as an Angel Board Member for Baby2Baby. Richie also serves on the board of the Environmental Media Association, and supports other charities including Young Musicians Fund, The Art of Elysium and The Race to Erase MS. She was honored by A Place Called Home for her philanthropic efforts.

In 2005, Richie wrote & released a New York Times best-selling book for Harper Collins called “The Truth About Diamonds.” She then wrote and released her second novel entitled “Priceless” in 2010. 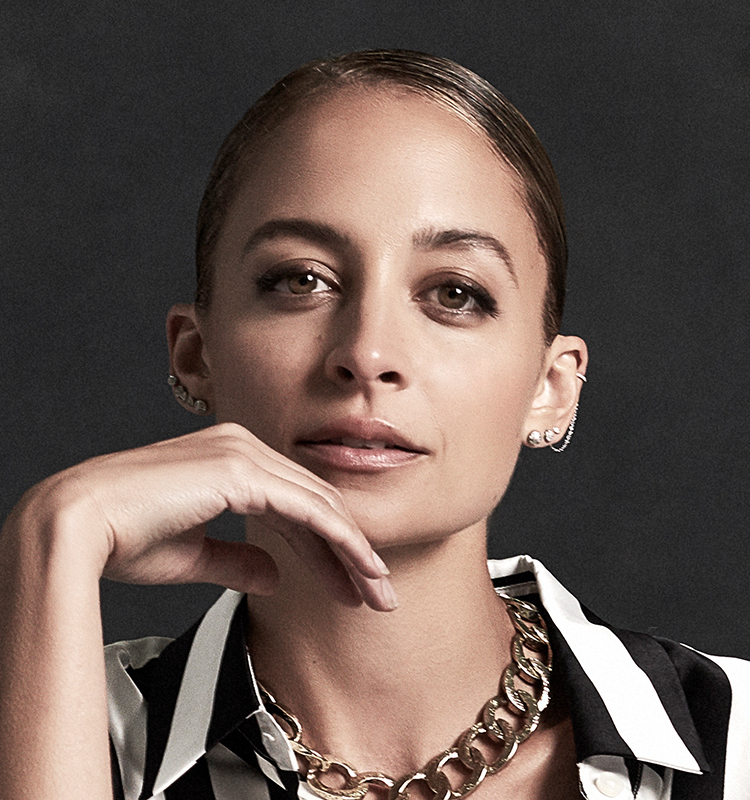