Joe Anthony
Chief Executive Officer and Founder
Hero Collective
Headquartered in NYC, Hero Collective is 100% Black-owned, digital-first, creative and social media marketing company. With over 100 employees and representing some of the biggest brands in the world, including Johnson & Johnson, Janssen Pharmaceuticals, Mattel, Shell Gasoline, Twitter, GM, Pfizer, Hewlett Packard and Lenovo, Nike and Jordan Brand, Hero Collective is one of the hottest young shops in the advertising industry today.

Having never graduated college or stepped foot in an advertising agency, this son of a Puerto Rican, VietNam war veteran and immigrant mother from Jamaica, Joe’s whole career has been about overcoming adversity and defying the odds. Evidenced by an entrepreneurial career that started at the age of 23, when most people his age were just entering the workplace, Joe was already consulting for big brands like Hush Puppies, Nike and Tommy Hilfiger. At 30 years old, Joe was running a multi-million-dollar, 80-person events agency, representing brands like the AllState Insurance, Nintendo, Boost Mobile and countless others. At 28, Joe Anthony was awarded a piece of the US Army recruiting contract, making him the youngest CEO of a Black-owned agency to ever be awarded such a contract.

You may ask, how a Black, public-school kid from Queens, NY in his early 20’s, with little to no experience generated so much success at an early age. Aside from an unmatched work ethic, Anthony leveraged his unique understanding of America’s youth, consumer lifestyle trends and Multiculturalism to carve out a niche for himself, positioning him as a subject matter expert amongst demographics most marketers ignored. To this day, Anthony is considered one of the nation’s foremost experts on diversity and Multicultural marketing.

After closing his events agency in 2014, Anthony launched Hero Collective in 2015, an agency focused on helping brands bridge the gap between culture and commerce, purpose, and profit. Under Joe Anthony’s leadership, in only 6 short years, Hero Collective is one of the fastest growing independent agencies in America. Fueled by a passion to prove that Multiculturalism is the new mainstream, Joe is focused on disrupting an industry that has historically worked in silos. To that end, Anthony and Hero Collective recently formed a strategic partnership with Dentsu International, one of the worlds largest advertising and marketing services holdings company, where Anthony also acts as head of global culture.

Anthony’s greatest source of pride is his commitment to his family and community. Anthony is a devout husband and a loving father to both Naima and Jaden and active member of his community in Brooklyn in which he has lived for 25 years. 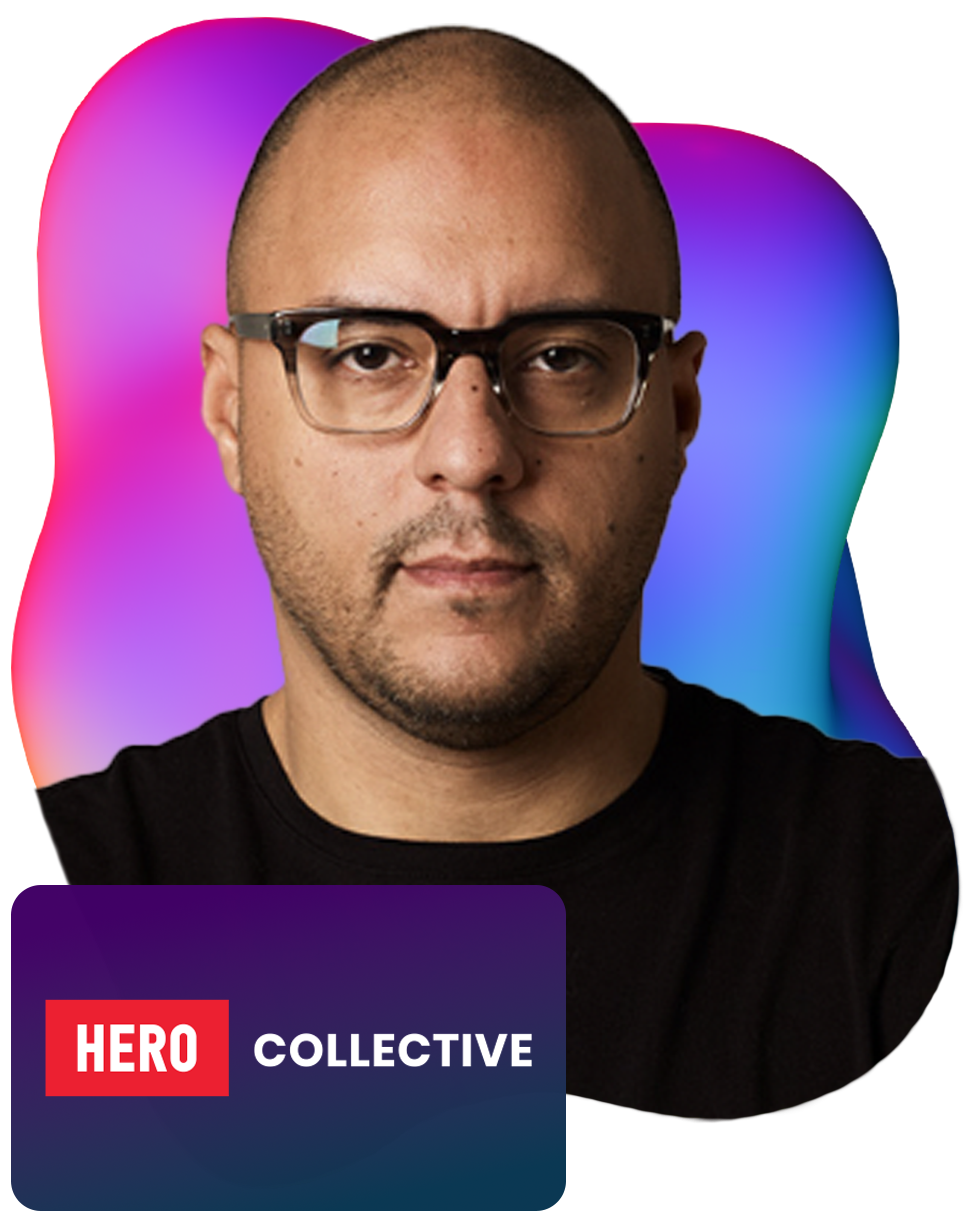