Vega was previously Executive Creative Director at 72andSunny in New York, the third and fastest growing office in the company’s network. Guillermo set up and established the New York offering and oversaw work on clients such as Smirnoff, Samsung, Xfinity, Seventh Generation, Yoplait and Cheerios.

Before joining 72andSunny, Vega was ECD of Wieden & Kennedy São Paulo, helping found the agency’s office in Brazil. He grew it from 3 employees to 100+ in 4 years by winning clients like Nike, Coca Cola, Levi's, and Heineken, among others.

He joined Wieden & Kennedy from Y+R, where he worked for over 13 years, rising to Regional Creative Director and overseeing Latin America from the Y&R headquarters in New York. He also worked as global CD for Dell and Bacardi as well as the group CD for Virgin Atlantic and VH1.

Hailing from Argentina and having lived in many different countries, Vega has a uniquely international perspective on creativity. He also speaks English and Portuguese as well as his mother tongue, Spanish. He lives in London with his wife and two children.
Speaking At
BT’s Hope United: Uniting a Nation Against Online Hate 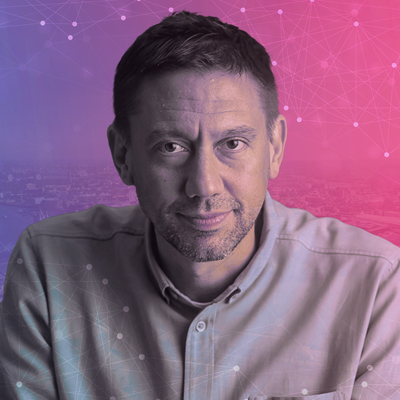