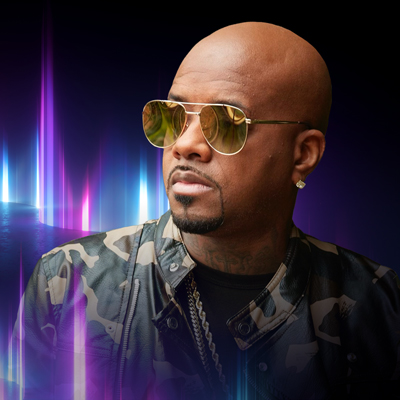 Full Name
Jermaine Dupri
Company
Grammy Award Winning Songwriter/Producer
Speaker Bio
Jermaine Dupri started his musical career at a very tender age. He began as a dancer and used to perform for the hop dance group Whodini at the age of twelve. After this, he started performing around the country. Then in the year 1990, Dupri produced his very first act ‘Silk Tymes Leather’, a female hip hop trio. Soon after this, he made a group ‘Kriss Kross’ with Chris Smith and Chris Kelly and released an album ‘Totally Krossed Out’ in 1992. The following year, he created his own label ‘So So Def Recordings’. He soon discovered the R&B group Xscape and got them signed to the label. The group’s first album named ‘Hummin' Comin' at 'Cha’ then came out and went platinum.

Following this, he worked with famous artists like Mariah Carey and DJ Chuckie. Then in 2004, Dupri collaborated again with Usher for the album ‘Confessions’, co-writing as well as co-producing its singles, namely ‘Burn’, ‘My Boo’ and ‘Confessions Part II’. One year later, he again worked with Mariah Carey for her track ‘We Belong Together’. He also worked with Bow Wow for ‘Wanted’ the same year. In 2007, he co-wrote and co-produced ‘Success’ and ‘Fallin’. In 2015, Dupri, alongside Queen Latifah, developed the reality TV series named ‘The Rap Game’ on LifetimeTV.

Jermaine Dupri is an entrepreneur, executive, leader, artist and visionary who has been able to set trends and determine culture.
Speaking At
Standing the Test of Time: How Jermaine Dupri and Gamble and Huff Are Paving the Future of Music
Close