Andrew has led Havas’ programmatic offering in the US since January 2017. He joined Havas in 2015 as Head of Affiperf UK, where he was responsible for identifying and delivering programmatic innovation opportunities for Havas clients including Emirates, Dominos, Hyundai/Kia, and Pernod Ricard. His innovative, pioneering work made him a 2016 finalist in the UK for the Drum Digital Trading Leader award. More recently, Andrew has been a key driver in the creation of Havas’ Social Equity Marketplace, which launched in 2020.

Joining the media industry in 1998, Andrew began his career in magazine advertising sales before moving into the emerging online world in 2000. In 2002, he took a break from media to serve in the British Army.

In 2007, Andrew incorporated the first of his two businesses, Clickbrokers, an ad network specializing in CPC. In 2011, he then created Project Sunblock, an ad verification platform, that was quickly established as a leading voice in the field of brand safety, viewability, and fraud, winning Microsoft as a global client. Additionally, Andrew has been a frequent contributor and commentator for CNN and Sky News.

Since moving to the US, Andrew has proved to be a significant agent for change, leading in programmatic ad quality reforms and as a vocal innovator on SPO, ensuring Havas’ leadership position on transparency and meaningful media.

Andrew is married with 2 kids, who are gradually losing their English accents.
Speaking At
Making Programmatic Work in Connected TV, Looking at Scaling It Up, Safely 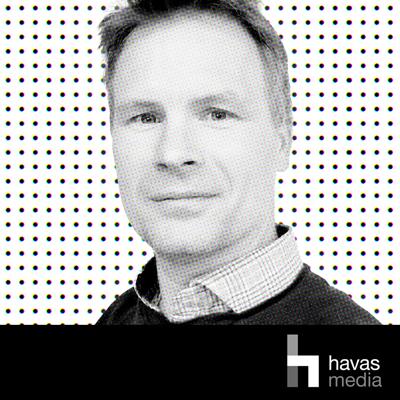