Full Name
Michael Sneed
Job Title
Executive Vice President
Company
Johnson & Johnson
Speaker Bio
Michael Sneed is Executive Vice President, Global Corporate Affairs & Chief Communication Officer, and a member of the Executive Committee. He was appointed to the Executive Committee in 2018. Since 2012 he has been leading the Corporation’s global marketing, communication, design and philanthropy functions. Prior to that, he was Company Group Chairman for Johnson & Johnson and a member of the Medical Devices & Diagnostics Group Operating Committee, a role he assumed in January 2007. He had primary responsibility for the global vision care franchise.

Michael joined Johnson & Johnson in 1983 as a Marketing Assistant for Personal Products Company. He held positions of increasing responsibility in the marketing organization. In 1991, he moved to McNeil Consumer Products as a Group Product Director and was promoted to Vice President, Worldwide Consumer Pharmaceuticals in 1995 to lead the company’s growth in the Asia Pacific, Eastern European and Latin American regions.

In 1998 Michael relocated to Europe as Managing Director, McNeil Consumer Nutritionals Europe. He returned to the U.S. as President, McNeil Nutritionals Worldwide, in 2000. In 2002, he was named Global President, Personal Products Company. Michael was promoted to Company Group Chairman and a member of the Consumer and Personal Care Group Operating Committee in 2004, with North American responsibility for the Personal Products Company, Johnson & Johnson Sales and Logistics Company and Johnson & Johnson Consumer Canada. In his role, he also had North American responsibility for the IT, Finance and HR organizations within the Consumer & Personal Care group. 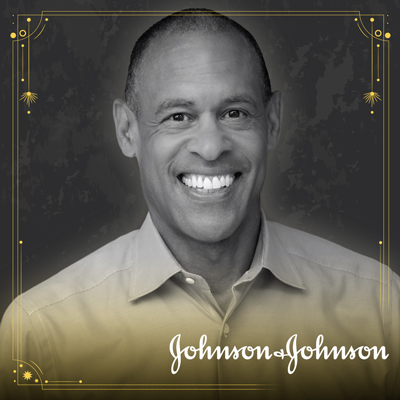