Serving as President of Pacsun, the popular youth retailer, since 2021, Ms. Olson has played an instrumental role in building and strengthening Pacsun’s brand through innovative strategies with a Gen Z focus, including leading Pacsun as the first retailer in its space to accept Bitpay.

Ms. Olson joined PacSun in 2006 as Senior Design Director (Women’s) and has held roles of increasing responsibility since that time. Prior to being named President in 2021, she held the titles of Chief Brand Officer, Chief Merchandising Officer and Senior Vice President of Merchandising and Design.

As an Innovative, tech-centric retail executive who consistently drives brand strength and revenue growth through game-changing merchandising and marketing initiatives, Brieane leads with creativity, innovation, and a digital first mentality. Most recently she was instrumental in spearheading livestreaming shopping initiatives and digital first experiences for the brand, as well as creating space for gender neutral apparel through the introduction of a gender neutral Fashion Scholarship Fund collaboration. Brie also cultivated the launch of Pacsun Kids and Colour Range apparel collection which is the first eco sustainable and unisex brand for the retailer.

Brieane Olson brings twenty years of retail experience to her role as President for PacSun. Starting at the company in 2007, Olson has risen through the ranks, from Senior Merchant to Chief Brand Officer, a role which she was promoted to earlier this year.

Her background in merchandising guides the way she leads the organization -- Olson considers the customer as the center of all decision making. She is a passionate believer that a company and its staff are a reflection of its consumer, and building a trusting, caring and purpose-led company culture is at the core of her leadership story.

During her tenure at PacSun, Olson spearheaded innovative collaborations for the LA based lifestyle brand, including working closely with Kayne West on his first clothing launch for Donda in 2013, and the signing of Kendall + Kylie clothing partnership exclusive to PacSun when the girls were 12 and 15. She also took PacSun global with the first ever shop footprint in London, launching both Men’s and Women’s shops at Selfridges in 2018 with launch parties hosted by PacSun partners Jerry Lorenzo. She has also promoted both her VP’s of Merchandising from within the company, true to her core leadership belief in nurturing in-house talent.

Olson started her career in New York handling merchandising and design for the Accessories and Footwear at J Crew. She then made her way to Northern Italy where she managed the Global product Lines for both Gianfranco Ferre’ andValentino under the Marzotto Group, and then became a partner and GMM for luxury accessory and apparel business Hollywould, before heading back to the states where she oversaw merchandising for Abercrombie & Fitch prior to her tenure at PacSun.

Brieane graduated from the University of California, Berkeley with a Bachelor of Arts, Mass Communications & Business and attended Harvard Business School’s Advanced Management Program, where she is currently an AMP Ambassador. She is a board member at Design Thinking, UC Riverside and an Executive

Sponsor volunteer at Advancing Women Executives. She currently resides in Newport Beach, California with her two children, Colette and Rousseau, ages 6 and 8.
Speaking At
Marrying Virtual and Digital Shopping with Pacsun and Complex Networks 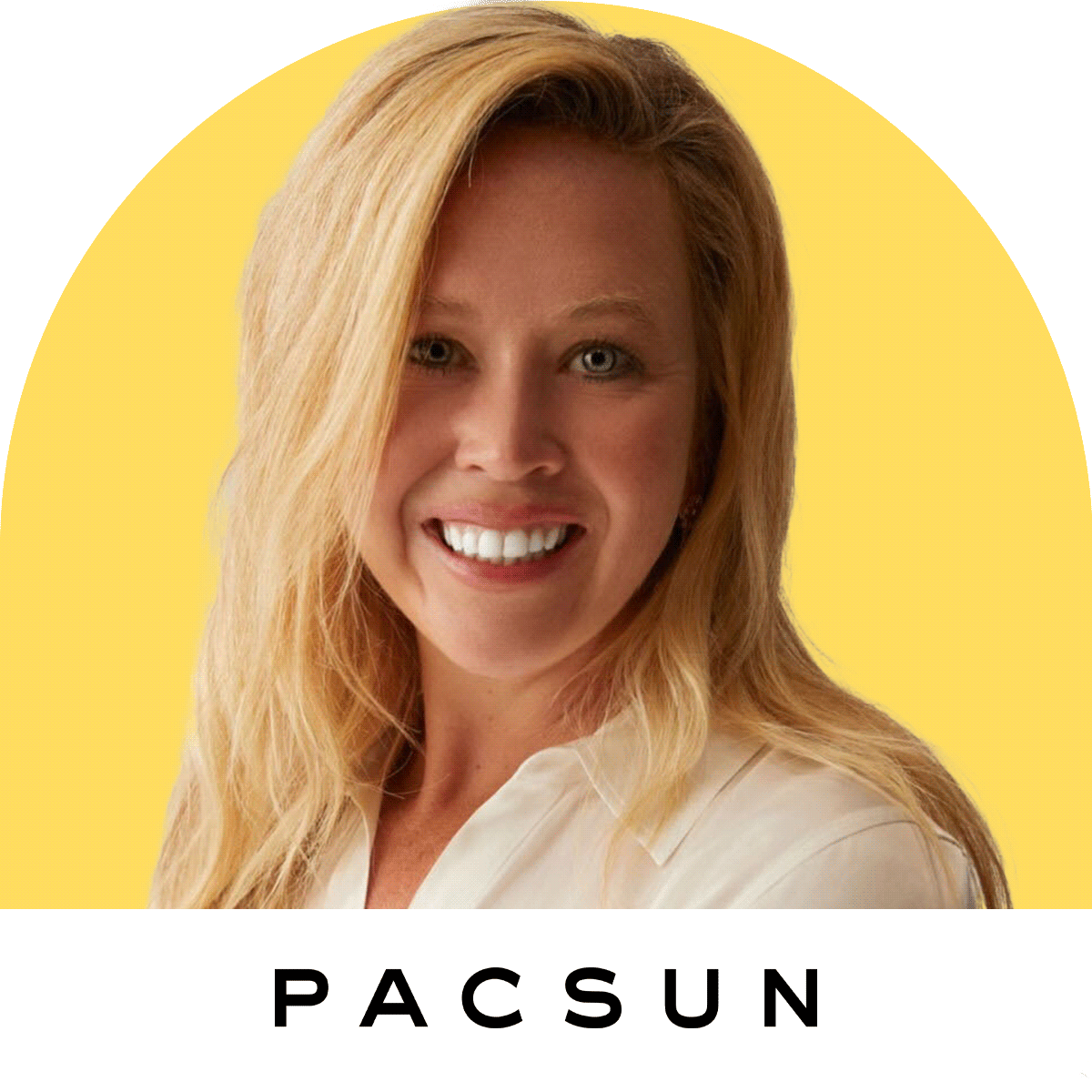